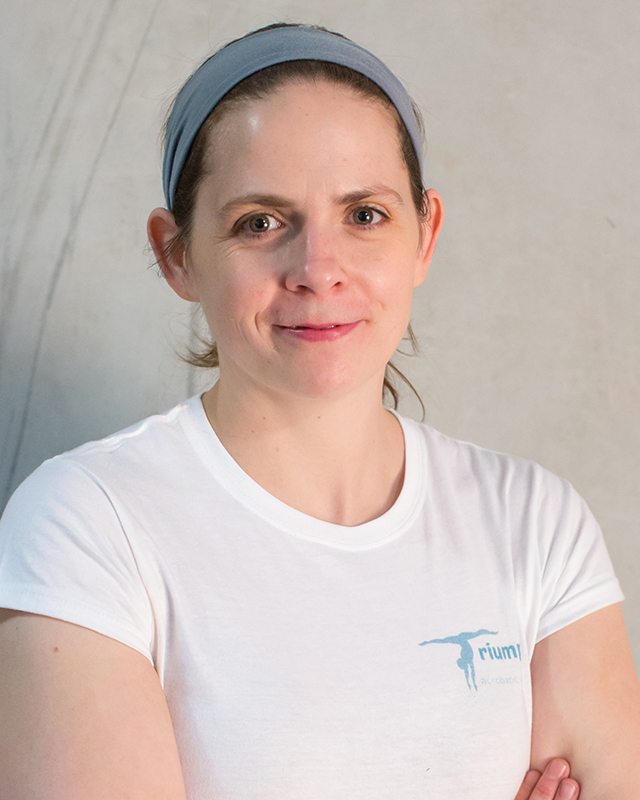 Katie began her education and training in the circus performing arts at the age of 3, when she first took classes at CircusWest. In her formative years, she entered the elite National Circus School in Montreal, Canada, then went on to study at the Circomedia Centre in Bristol, UK. It was at the National Circus School and at Circomedia Centre that Katie received professional-level training alongside future performers for acclaimed acts like Cirque du Soleil.

In 1998, Katie began performing with CircusWest, where she remained for 11 years, finally ending her tenure in 2008. During that time she was a founding member of the Avatar Circus Project. Katie then pursued her own dream project, founding the Random Acts of Circus company. The company became one of the few experimental circus performing acts in Vancouver, and had its own production run at Vancouver’s famous Granville Island.

In partnership with the CPFA, Katie is the creator of one of the fitness industry’s most comprehensive aerial certification programs. As an educator, Katie has travelled the country teaching aerial hoop and educating prospective instructors about how to safely teach and operate aerials. Other certifications include ACE personal trainer & youth fitness specialist, CPFA aerial instructor, and First Aid and CPR-C.